Why I made this site

I’ve been a libertarian for most of my adult life (experiencing an abrupt coversion from the obligatory teenage Marxism at age 20) and for most of that I’ve been fascinated with technology’s capacity to both increase or decrease our liberty. I was somewhat frustrated by how few practical options there really were for increasing our liberty. Assuming you were unwilling to go live, unabomber-style, in the wilderness, the only options seemed to be to horde gold, and/or try to pursuade those around you to adopt a more libertarian approach to politics. That was very unsatisfying to me, and it seemed like (especially in the UK) there was little hope of any real change in the prevailing view of politics.

I can’t remember whether I first became aware of the cypherpunk movement before or after I heard about Bitcoin. I can remember that learning about Bitcoin really was a revelation to me. The possibilities for free-exchange-minded people to seceed and form their own economies and financial systems without actually retiring from civilisation itself was something so new and revolutionary. And what’s more, if care was taken, these new communities and economies would be outside of the state’s ability to shut them down or take their cut.

After that I was hooked, and I spent a lot of the next year learning everything I could about the technology and the ideological movement/community it had sprung from: the Cypherpunks Mailing List. I installed Tor for the first time so that I could view the original incarnation of the Silk Road. Sadly, I never had the courage to actually order something from there and have it delivered to my house, but just the fact that I could blew my mind.

I’ve owned this domain for some time, but I’ve never gotten around to putting the work into making this site. I wanted it to be the kind of resource that I would have loved when I first got into Bitcoin and the broader Cypherpunk Movement. The first iteration of this work was a github resource list called “cypherpunk-research” which did receive a lot of interest in the cryptocurrency community. This motivated me to move that content onto this site and to expand it.

I would eventually like this site to be a “one-stop-shop” for anyone who is interested in the kinds of ideals and technologies that cypherpunks and crypto-currency enthusiasts espouse. The goal is that someone who is technically inclined, but unfamiliar with cryptography, peer to peer networks or cypherpunk ideals/history, should be able to get an education in all those things there.

My eventual goal is to have introductory material that describes what a “hash function”, a particular peer to peer algorithm, etc is with expanding sections that go into more and more technical details the more of them you expand. I will likely need assistance to do this, since it will be a very large task, but there needs to be an alternative to looking this stuff up on Wikipedia. Most things related to mathematics or cryptography on Wikipedia are totally impenetrable to anyone without a university maths background or who doesn’t already understand the material but is revising. It would also be nice if we could construct a graph of “pre-requisites” (i.e. links to concepts that you should learn in order to properly understand the page you’re on) for each of these pages.

I’m also interested in the human stories and events of note that have occurred within the space since the emergence of Bitcoin. There is a great book called “Crypto: How the Code Rebels Beat the Government Saving Privacy in the Digital Age” by Steven Levy, which covers the story of civilian cryptography and the cypherpunk movement up until the early 2000s. I believe the book is out of print now, but if you can get a copy, you should. That book needs a sequel though, since what has happened since 2008 is a story every bit as (if not more) worthy of being told as that described in the book. I would quite like to one day write that book myself, but for now I’ll try to flesh out the “events” and “people” sections of this website with that information.

Why I chose the Jolly Roger as the site’s logo

Crypto-anarchism is one of the very few ideologies in existence which does not have a single clear, agreed-upon consensus logo of its own.

The options I had were as follows: 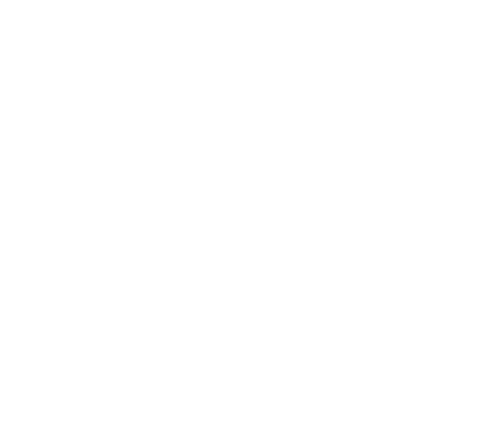 The circle-A logo is by far the oldest and most recognisable anarchist symbol and would in theory be ideal. One of the main problems with its use however in this case is that the crypto-anarchist tradition has much stronger links with the American-tradition libertarian movement than it does with radical left-wing anarchism. Crypto-anarchism is not really an anti-capitalist ideology (in so far as the “capitalism” is not state-colluding crony capitalism). Using this symbol lacks any differentiation from other brands of anarchism, from which crypto-anarchism is very different.

The Dark Wallet logo I actually personally think is a perfect symbol for the Crypto-Anarchist movement: its symbolism (an inverted all-seeing eye) perfectly captures what cypherpunks and crypto-anarchists want to achieve. If this site gains a decent size audience, I will probably write a blog post arguing for adoption of this symbol as the main symbol used to represent “Crypto-Anarchy” the ideology. Some communities have already begun using it in this way. /r/anarcho_capitalism has used the symbol for their “crypto-anarchist” flare for years. However, as of right now, it is primarily the symbol of an abandoned software project.

This really left me with the Jolly Roger symbol, which has the benefit of being a timeless, striking, universal (and fun) symbol of a life lived outside the economic mainstream. The Jolly Roger is a playful, eye-catching logo that communicates roughly what I want to convey: the notion of being a pirate, a smuggler, a thorn in the side of nation states, etc.